You have spent your entire life avoiding capers, but now you want to try a new dish that asks for them, but you’re not sure what to anticipate in terms of flavor.

Or perhaps you already experienced them without recognizing them.

My two sons had no idea the first few times they ate chicken piccata, which, as you may or may not know, contains capers. Trust me, it’s feasible.

Either way, the question is: What do capers taste like?

That’s precisely the topic I’m tackling today, so stick around to learn all about it. 🙂

What are Capers, Anyway?

You wanted to know, so there you have it – capers are, in fact, pickled flower buds.

I know it doesn’t sound very appetizing, but it is what it is.

Long before caper buds ever get the chance to flower, they’re picked, dried, and brined or packed in salt. The result is a unique briny (or salty) flavor – but more on that later.

You may have heard about caper berries, and now you’re wondering, are these two the same thing? While I somewhat understand where your confusion is coming from, especially if you never had the chance to use capers in your recipes, to answer your question:

No, capers are not the same thing as caper berries.

So, what’s the difference?

Well, for one, capers are immature flower buds, and caper berries are the result of letting the flowers mature and produce a fruit that’s similar in size to olives. 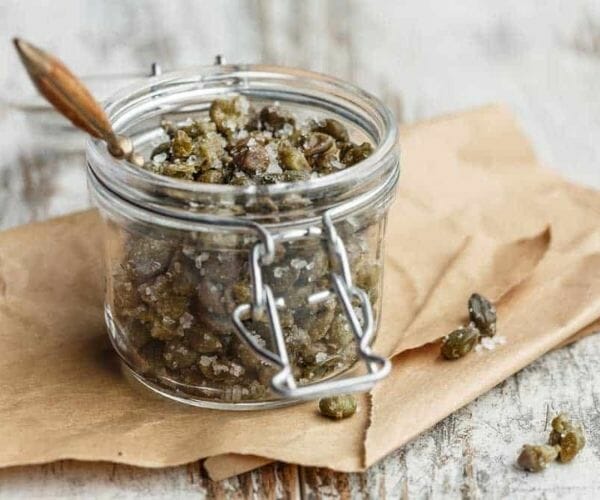 Capers have been a part of Mediterranean cuisine for longer than you could imagine; as a condiment, they were included in all kinds of Greek, Italian, Spanish, and French dishes.

However, due to the benefits of modern-day transportation, they became widely available in the American culinary scene, as well.

Now that you’ve learned all that, I think it’s time to move on to why you’re here: to see what capers taste like.

But first, tell me, are you a fan of olives?

I’ve gotten under the impression that a lot of people tend to have an easier time getting used to the taste of capers if they already like green olives. I wouldn’t say they taste like olives per se, but the comparison is worth keeping in mind.

The reason behind this is that capers can be brined the same way green olives are, so, naturally, if you know (and like) the taste of brined green olives, you won’t be caught off-guard when you try them for the first time.

In fact, you can use green olives as a substitute for capers in recipes, which says a lot about their similarities.

Providing a somewhat accurate description of their taste seems a lot harder than I originally thought – it’s mostly due to their unique flavor. Some will say they are an acquired taste and not something you like instantly.

The best way to describe what capers taste like would be tangy and sharp and somewhat lemony and herbal. Since they’re either salt-packed or brined, they’ll also develop a salty or briny aroma that could be too much if you don’t rinse them.

Now you’re probably wondering which ones are better – brined or salt-packed capers.

Well, it depends on what you’re looking for – pure taste or longer shelf life.

Brined capers will have a lot sharper flavor, with a hint of earthy to it, but the chances of them going bad are close to none. However, when they are salt-packed, they won’t last long – the salt will eventually suck all the moisture out of them; they do tend to have a more pure flavor, though.

You do need to keep in mind that, considering their size, they pack a lot of flavors, so don’t overdo it when you add them to your recipes. If you’re not careful, they quickly take over the entire dish and make it overwhelming rather than just acting as a flavor booster.

Whether you end up liking them or not, one thing’s for sure – you won’t be left feeling indifferent.

As I said, for most people, capers have a taste that you either get used to or don’t – there’s no middle ground; in that sense, they’re a lot like fennel.

My two boys, for example, have never brought themselves to like it – if you ask them about capers, they’ll just make a weird face and shake their heads.

They will, however, tolerate it (happily, if I might add) when I include them in some of their favorite dishes – that’s pretty much the only way I can trick them into eating capers.

How Capers Can Drastically Improve Your Recipes? 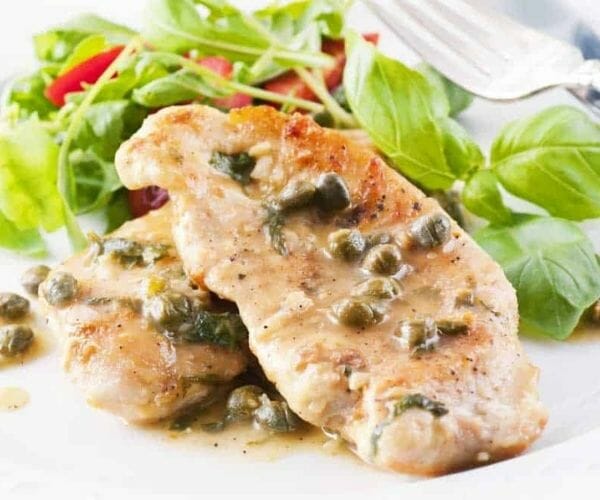 If you’re looking to add a particular salty flavor to your recipes, consider using capers – the possibilities of cooking with capers are pretty much endless.

Include just a few into your standard dishes; you’ll see, it won’t be long before everyone starts asking for your secret ingredient.

I’ve noticed capers have the power to add that special something to many of my dishes; some of my favorite ways to include them in my family’s diet are:

Here’s an additional tip for cooking with capers:

When you decide to add capers to your dish, you should rinse them first. By washing away any extra brine or salt, you’ll allow for its authentic flavor to manifest.

Also, remember it’s best to add them towards the end of preparing your dish; that way, they’ll keep their shape, as well as their signature taste.

Oh, and if you’re a fan of Bloody Marys, you’ll be happy to learn that capers are a great way to upgrade the traditional cocktail recipe.

As you can probably tell by now, capers are an acquired taste for many people out there.

There’s no way for me to know if it will eventually grow on you, but here’s the thing about every type of food that has an unusual flavor – capers included:

The key to liking it is repetition.

So, if you already tried capers and your taste buds didn’t seem to be too thrilled about it, give it another try.

And another one, if you’re still not quite pleased with the results. The way I see it, there are two possible ways this whole thing with capers could go down:

Either you’ll learn to like it, or you’ll get tired of trying. 🙂

See Also: What is the taste of Rhubarb?

Eggplant has a lot of health benefits and is a delectable addition to any dish whether, steamed, fried, or baked. However, if you consume eggplant frequently, you know that it does not take long to go stale. It can keep for 2 to 3 weeks when stored appropriately. The life span of an eggplant is…

Best Olive Oil It might be challenging to locate the best olive oil available. It’s not impossible, though. This information will help you choose the right one. Fine olive oil is the only item that can overwhelm me with feelings and recollections. In Tuscany, where we got married, we had a gorgeous celebration and party….

A few days ago, my friend came over, and while we were talking over coffee, she mentioned she’s planning a dinner party for a couple of her friends and, apparently, she was stuck. She came to me looking for some dinner menu ideas – all she knew was that she wants potato salad to be…

With more individuals opting to follow a vegetarian or vegan diet, tahini is growing in popularity both in the West and in the regions from whence it originally came. Protein, fiber, and several vitamins, including vitamins B1, B2, B3, B6, A, and E, are all abundant in the sesame-based paste. Tahini is marketed in bigger…

Ostrich Eggs Taste Due to their enormous size, people can’t help themselves but wonder what do ostrich eggs taste like and how many portions can you make using only one egg. I had tasted ostrich egg when I got it as a gift from a friend of mine who used to have an ostrich farm….

The first time I was about to try sushi, I wasn’t sure what to expect. It all seemed too fishy for me, you know? And to tell you the truth, I don’t even remember the taste. On the other hand, the texture, I remember very vividly – probably because it made me want to throw…