The Subway Tuna sandwich is a true institution among takeout meals. Write down my recipe for Subway Tuna if you want to duplicate the real thing at home!

I’m a single man who works in the food industry, but I don’t cook very much. It’s not that I don’t want to; I just don’t always have the time, so I settle for a quick dinner. However, I take extra effort to ensure that my short meals are still wholesome and nourishing.

When I am out and about, which is most of the time, I like to buy food that I can eat on the go rather than taking the time to sit and unwind at upscale restaurants. Finding readily available take-out cuisine that is at least slightly healthy for my health is incredibly difficult.

The Subway Tuna sandwich is frequently my choice because it has fewer calories than some of my other selections and is built with tuna and salad, two very nutritious foods. Because I can have it for breakfast, lunch, or supper, it is also quite useful.

I grew to love the Subway Tuna sandwich so much that I have decided to try and make a replica of it at my home. I think it would be great to serve it to my friends while we watch a game; it is sure more healthy than oily fried chicken wings I tend to dish upon such occasions!

Although it seems simple, making a Subway Tuna sandwich that will taste the same as the original can prove to be quite a challenge. Therefore, buckle up as I am about to have an authentic Subway Tuna recipe revealed for your eyes only!

If Subway has been an important part of your life, too, you are sure to enjoy what follows – a secret Subway Tuna Sandwich Recipe.

The History of Sandwiches 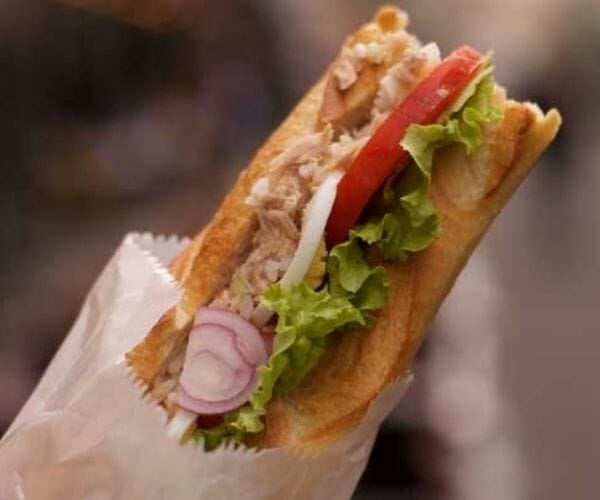 It might sound funny, but I want to pay homage to my favorite food and educate you on how and why it came to be. I take my sandwiches pretty seriously as they feed both my stomach and my soul and thus did a bit of research on how the sandwiches came to be.

Interesting Fact: If you want to celebrate your love for sandwiches, you can do it on November the 3rd as that is National Sandwich Day!

Is Tuna Healthy for You? 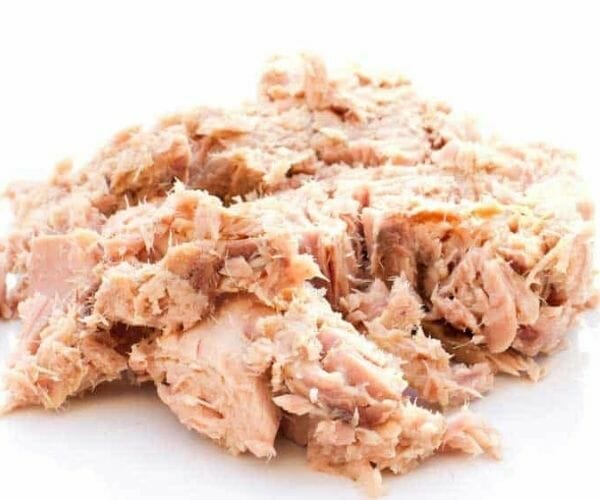 As a nutritionist, I am quite aware of how much people are puzzled by mixed messages on tuna. Some praise it as a healthy source of protein, while others scorn it for its high mercury content. So, where is the truth?

I would say somewhere in the middle.

Namely, tuna is indeed a valuable source of high-quality protein, and, as a bonus, it is almost fat-free. It is also packed with beneficial essential amino acids, which are responsible for the growth of our lean muscle tissue. Therefore, it is great for people trying to become or stay fit.

Tuna is also an important source of omega-3 fatty acids that play a significant role in the prevention of cardiovascular diseases. This saltwater fish can thus keep your heart healthy if you eat it twice a week, but it can also cause harm if you overdo it.

To be precise, every tuna, fresh or canned, contain some amount of mercury, which can pose a health threat. In healthy grown-ups, the mercury content cannot do much harm, but some groups of people can experience severe mercury-induced issues.

Children are at the greatest risk as mercury can do serious harm to their developing nervous system. Therefore, pregnant or nursing women, babies, and children at an early age have to consume tuna in moderation. The U.S. Food and Drug Administration (FDA) limits the consumption of tuna for these categories of people to 12 ounces per week.

What about Canned Tuna?

Related: How Long Does Canned Tuna Last? Does It Go Bad? 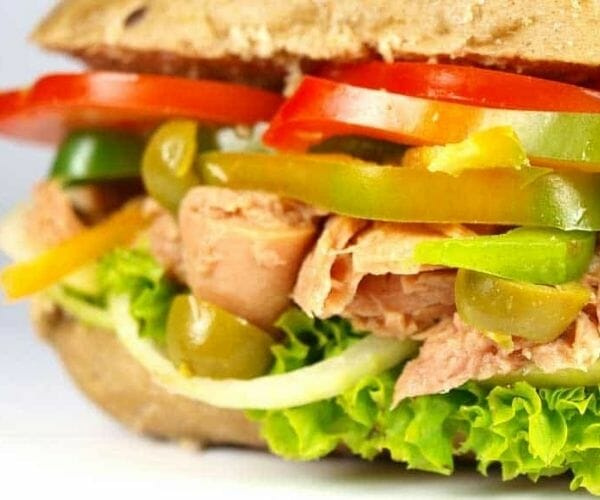 A Subway Tuna sandwich is a simple meal, and I still haven’t met a person that does not like it at first bite.

Why do we all love “tuna sub”? The taste of this sandwich will not overwhelm your senses, that is for sure. It has an unpretentious taste, but it tends to stick and leave you craving for more. The tuna flavor dominates, no matter how you personalize it, and that is a good thing.

This authentic tuna sandwich is great when you are out in the city, but if you want to enjoy it at home as well, you have to note down the recipe that follows.

NOTE: Do not forget to thoroughly wash your veggies!

You can also add some mustard, or cheese but mind the calorie intake! It would not be a bad idea to leave the bread out, and eat the tuna salad instead, especially if you have weight issues. Bon Appetit!

Do not forget to share this great, quick, and easy Subway Tuna recipe! 🙂

Nothing compares to Baileys Irish Cream Liqueur on a chilly winter’s night, snuggled up close to a roaring fire. It was created in 1973 and introduced a slew of innovations to the world of alcoholic beverage manufacturing. If you buy a 750-milliliter bottle of Baileys, you’ll have enough to make a lot of great drinks!…

Amaro Nonino is a unique Italian liqueur with a bittersweet flavor with vanilla, caramel, and allspice hints. It is among the most expensive of all Italian bitter liqueurs. Plus, it is pretty hard to find Amaro Nonino if you need it for a dessert recipe or for making a mixed drink. Luckily though, there are…

Many would qualify me as a coffee addict, and even my boys say I am a coffee nut, on the other hand, I prefer to call myself a coffee lover and a true fan. However you choose to put it, the basic idea and the underlying truth is that there are few things in this…

If you are having trouble coming up with more than 1-2 foods or ingredients that start with the letter “I,” then you can read through our list of food that starts with I. We have included some interesting facts, as well as foods from all parts of the globe, so hopefully, you will find this…

America’s most popular spice blend, Old Bay Seasoning, is considered the ultimate seasoning for seafood. This amazing seasoning makes seafood taste fab and can transform just about anything, including steak, burgers, chicken, rice, potatoes, chowders, vegetables, and pasta, into something super delicious. Created in Maryland more than 75 years ago, this unique seasoning with a…

Tomato paste is a common ingredient in most cuisines around the world. But most dishes only need a few spoonfuls of it, which means that you end up opening a fresh can only to have most of it go to waste. Making it fresh every time is not an option for everyone, which means that…