Here’s a scenario that took place in my kitchen a couple of times:

I had my mind set on preparing a particular dish, and I had all the ingredients it called for, except for one – Port wine.

It got me thinking: How many of you have been in the same situation but didn’t know what to use as Port wine substitutes?

That’s why I’ve decided to make a list of the best replacements for Port (both alcoholic and non-alcoholic) you can use on such occasions when the original ingredient isn’t available.

Further Reading: Learn How Many Ounces A Shot Have 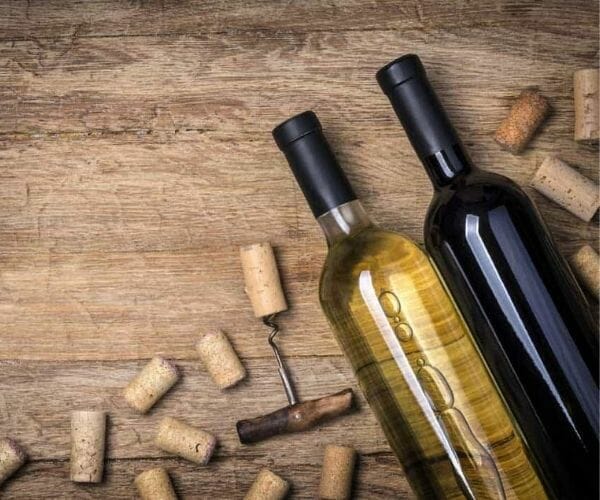 What The Recipe Calls For

You can pick between red (or ruby) and white varieties (or tawny). Which one you’ll need and what it calls for in the recipe will determine which one you’ll use as a substitute.

There’s always a chance that the recipe won’t specify the type of Port you should use (and, in this case, substitute); in that case, just rely on your best judgment.

A fair generalization is that you can probably cook with a wine if you’d pair it with the food. Therefore, be sure to identify what has to be replaced before continuing your search for a replacement.

Don’t Cook With A Wine You Wouldn’t Drink

I’m not saying you should spend an entire fortune on a bottle of wine you’ll use solely for cooking purposes, but please consider quality as a significant factor.

Would you drink it on its own? No?

Then you probably shouldn’t be cooking with it, either. 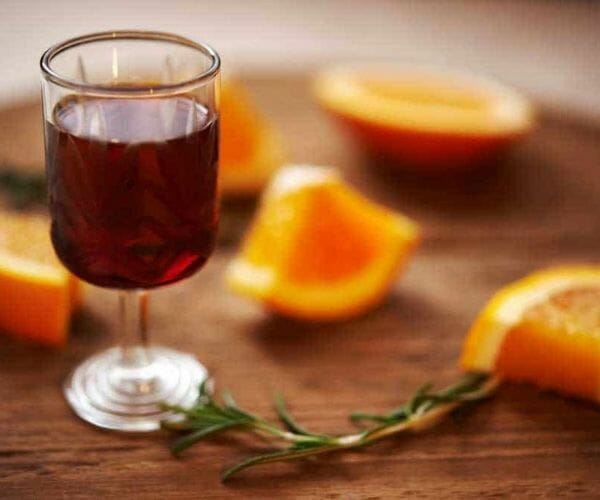 When the recipe calls for ruby Port, it’s only logical that you would use wine with similar characteristics. Sweet red wines are always a good choice, but if you’re looking for more specific suggestions, here’s a list of ruby Port substitutes that work like a charm:

I know some chefs would shake their heads at the mention of Chianti as a ruby Port substitute, and I know exactly why: they consider it a bit too dry to take Port’s place.

However, it worked just fine for me on several occasions, especially when I was preparing poultry dishes.

So, what makes Chianti a suitable replacement when ruby Port isn’t available?

The answer lies in the heavily concentrated fruity flavors; if you have an open bottle of Chianti at hand, take a sip, and I’m sure you’ll see what I’m talking about – there’s a particular cherry note to it.

But there’s one thing you should keep in mind when using Chianti for culinary purposes: this is a wine with high acidity, meaning it will cut through the fat present in some dishes.

What I’m saying is that you should pay attention to how much you’re adding.

Its flavor, which’s more on the fruity side (cherry and raspberry aromas stand out the most here), and its medium acidity is what makes Zinfandel a good replacement for Port.

But don’t try using it in sauces because it just won’t do the job; believe me, I tried.

While it fits in many other aspects, the main issue is its low alcohol content – it will change the texture, and it won’t bring out the aroma you’re after.

What about desserts? By all means, give it a try.

Are you cooking steak, beef, or lamb?

Merlot is the way to go; the best thing is you don’t have to use it solely for cooking – a glass of Merlot will pair perfectly with a dark meat dish.

What any recipe that calls for ruby Port actually needs is the characteristic fruity flavor, and Merlot offers just that – topped with an almost velvety texture.

So, you’ve started making a sauce that calls for Port, and in the middle of it all, you realize you don’t have a single drop of it in the house.

There’s no need to worry, though.

If there’s a bottle of Syrah somewhere in your liquor cabinet, you’re back in the game.

With the alcohol percentage falling somewhere between 14 and 20 percent, you can rest assured it will provide a similar (if not the same) texture as Port would. On top of that, there’s that dark fruit flavor – you’ll surely recognize blueberries and blackberries in it.

All this makes it a universal replacement for Port.

There’s a difference, though, and it’s not just the name. If you want to learn more about it, here’s a great article on the topic, but for now, knowing that it can serve as a substitute for Port (the same way Syrah does) is more than enough.

You can rely on its deep, dark fruit flavor and spicy overtones to bring out the best in your recipe, even if it calls for Port.

While I haven’t tried these personally, numerous friends had told me they gave these a try when they were out of Port, so if all else fails, here are some additional Port substitutes: 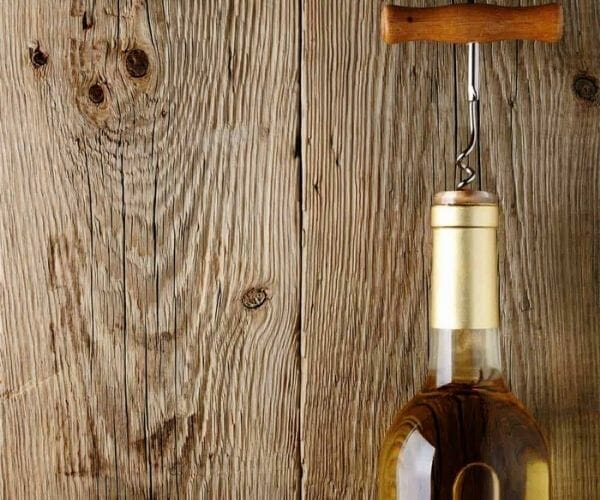 Known for its oaky, dry flavor, Tawny Port should be replaced by white wine. However, keep in mind that fruity wines are not an option – unless you want the resulting taste of your dish to be completely altered.

It’s not ideal, but it will work when no other option is available.

Here’s the thing about white Zinfandel: it’s not truly white, it’s just a drier version of the red one, and it has this lingering fruity flavor that might mess with your recipes a bit if you’re not careful.

These are some things you need to keep in mind when you opt for the not-so-white white Zin, but as I said earlier, if nothing else is available, it will do the job.

If your dessert recipe calls for a tawny Port, but you don’t have any, you can always use a Riesling instead.

You’re probably already familiar with this aromatic wine, but when it comes to using it for culinary purposes, I would like to remind you that it’s better to opt for a late-harvest Riesling due to its sweeter flavor. That additional sweetness is more than welcome when your goal is to replace a tawny Port in desserts.

All jokes aside, Chardonnay is probably the most famous white wine out there.

With its prominently oaky flavor, medium alcohol content, and high acidity, it makes not only a great addition to all kinds of seafood, heavy cream dishes, and poultry, but an excellent substitute for tawny Port, as well.

So, if you’re making salmon and you’re looking for a white wine that could replace Port, Chardonnay will do an excellent job.

Non-Alcoholic Substitutes: When Alcohol Is Not An Option

I know you want to follow the recipe to a T, but that’s not always possible, and that’s perfectly fine.

In most cases, Port is used only as a flavor enhancer – those flavors are already present in the dish. While port would add that certain something to your recipe, it won’t be the end of the world if you don’t use it. There’s a reason why the recipe calls for port wine, but trust me: your dish can still turn out to be a success, even if you leave out one of the ingredients altogether.

As I said, it’s perfectly fine to do so, especially when you’re in a situation where you need to cook for someone who just can’t have alcohol, even when it’s used for culinary purposes. 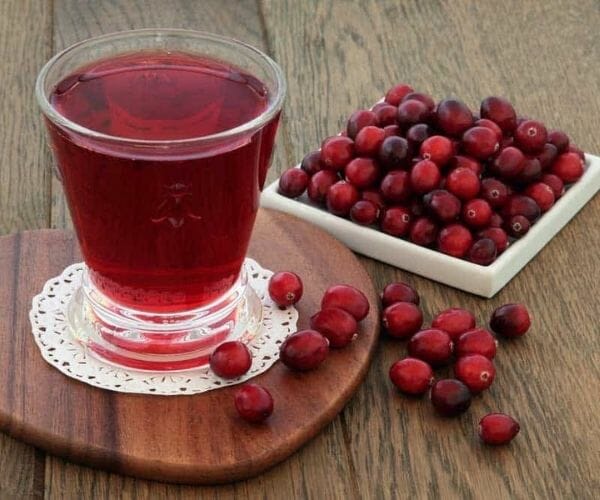 So, I want you to keep in mind that omitting an ingredient like port wine (as well as all its alcoholic substitutes) is always an option. There’s no need to feel bad for not following the recipe all the way.

But luckily for you, I’ve discovered numerous non-alcoholic substitutes for Port over the years; let’s take a look at what worked for me:

When you’re preparing a meat dish and using the port is not an option, an equal amount of chicken or beef broth is an excellent alternative.

You can either buy it or make your own, that’s entirely up to you. I prefer it homemade, but that’s just me; the canned broth is there for a reason, so don’t hesitate to use it.

Oh, and let’s not forget about vegetarians.

When you’re cooking for someone who doesn’t eat meat in general, using a protein broth as a port substitute is out of the question, and vegetable broth comes into play.

Making vegetable broth is relatively easy, and it doesn’t require much ingredient-wise – leftover vegetable trimmings are pretty much all you need.

What about desserts? Don’t worry, I’ve got you covered.

When I want to make a non-alcoholic dessert, but the recipe names Port as one of the ingredients, what I usually go for is some unsweetened fruit juice.

Cranberry juice with just a dash of lemon is your best bet, and if you’re looking for something lighter, orange or apple juice will work fine, as well.

Related: How Much Juice A Lemon Have? Check this out!

If for some reason, both Port and broth are out of the question, I guess you could use bouillon cubes; they’re like the alternative to the alternative. They should be used as the last resort, though.

If you plan on using broth, here’s an additional tip: always use one that’s made from the same type of protein you’re preparing. So, if you’re cooking chicken, a cup of chicken broth is in order – you get the idea.

Look inside your liquor cabinet – you probably have one of these replacements just laying in there, and now’s the time to use it. 🙂

When a recipe requires a specific ingredient, there’s always a good reason for it – that’s especially the case with wines that have a flavor as distinct as Port does. You should only consider using a substitute for Port when there’s no other way to complete your dish.

So, you love making lemonade or lemon pie, but this time you have bought way too many lemons? Are you wondering whether you should store them in the fridge or leave them as a pretty accent in a fruit ball on the table? In this article, you will find out what the shelf life of…

Storage Times Nothing lasts a lifetime. Certainly not our food. Although we may have begun this article in a sad tone, the reality is that all foods have expiration dates, regardless of how nicely they are packaged or how fresh they appear to be. Bacteria from food are the major cause of this. These bacteria…

Does Olive Oil Go Bad Legend says there is a tree that is almost indestructible. Even when it is cut out of its hive, new sprouts grow soon. And when its fruits are picked up, it richly rewards its owner with oil. It is believed, and some scientific research confirms that this plant has been…

The long thin, “stick-like” bread with a beautiful crisp crust, also known as baguette, has become one of the most recognizable symbols of France. The recipe for the lean dough of the authentic baguettes is very simple and contains only wheat flour, salt, yeast, and water. Unfortunately, as you have probably noticed, baguettes remain delicious…

You may have heard that people in some European countries, such as the UK, feel comfortable leaving their raw eggs at room temperature for days and treating them like other non-perishable goods. This, though, is not something you should do if you live in the USA and you buy your eggs from the store. The…

Best Coffee Grinder For French Press I have always been a tea drinker. A mix of different herbs, the aroma in the steam they give, makes my day start fresh and relaxed, and it ends the same way in the evenings. I tried to install the same habit with my sons, but you know how…