Pink butcher paper, unlike many other fads, has earned a spot on the high tables of every BBQ barbeque. Since it first entered the market, this product has been in high demand, and several butcher shops are anxious to avoid running out. This is a result of its numerous benefits, which will be covered later.

Before we get started, let’s define pink butcher paper and discuss why most barbecue enthusiasts and pitmasters have embraced it so wholeheartedly.

What is Pink Butcher Paper?

Pink butcher paper is made from material that is approved by the FDA, after passing the food-grade test with a 100% mark. Some people confuse it with other wrappings used in butcher shops but this one has a unique catch to it: it is manufactured using pure unbleached wood pulp.

The pink dye is original as the paper is made to retain its virgin properties.

In comparison to other wrappers such as freezer paper, pink butcher paper is not fitted with plastic films or other non-food grade additives.

It is a product of Southern Pine, a derivative of its pulp. 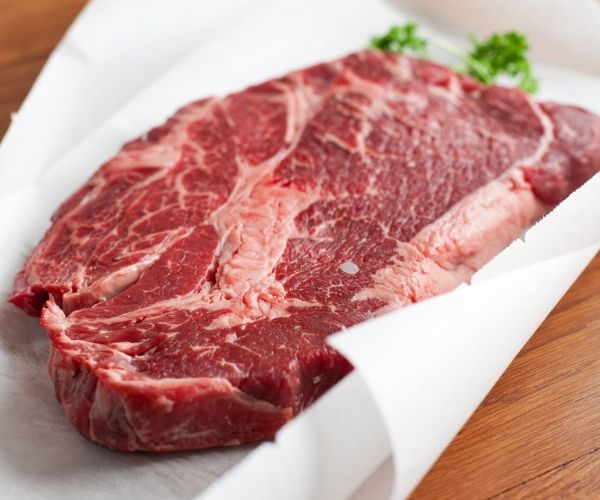 Though steak paper has a few similarities to pink butcher paper, the two function differently.

Steak papers are heavy and thick, features attributed to their meat storage function. When buying pink butcher paper, always be keen not to purchase steak paper because the two cannot be used interchangeably.

Steak Paper can display its contents in it and it’s resistant to staining. It is also airtight and available in several shades unlike the butcher paper which is only available in pink. Due to its see-through nature, one can easily identify the type of meat packaged inside the steak paper thus preventing confusion when buying or cooking.

The material used to make steak paper is not similar to the one used to manufacture the butcher paper, meaning that you’ll get different results if you use one instead of the other. 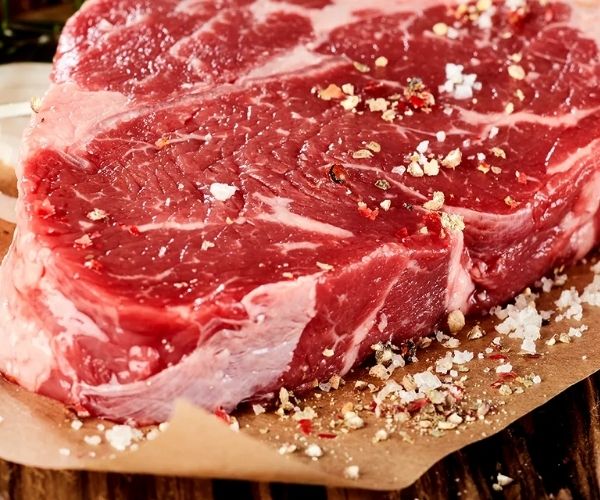 Some people confuse the term ‘peach paper’ to be a synonym for pink butcher paper but it is a different type of paper.

It is not a byproduct of the peach tree and neither is peach wood used as the paper’s base during its manufacturing.

Peach paper is thinner than pink butcher paper due to its non-edible properties.

When and How to Use Pink Butcher Paper?

A barbecue is never considered finished without pink butcher paper. Similar to aluminum foil, this paper is used to wrap meat before smoking or grilling in order to intensify and seal in taste.

Pink butcher paper is used to wrap beef steaks like briskets to keep them wet despite the intense heat needed to cook them. The meat will be juicy and tender thanks to this technique.

The fundamental distinction between foil and pink butcher paper is that the latter lacks breathing gaps, which results in the meat being mushy and occasionally overdone.

On the other hand, the butcher paper has microscopic spaces that allow excess moisture to sneak out of the heated meat while trapping in the smoky flavors.

Many pitmasters dread the BBQ Stall. To prevent it, they wrap the pink butcher paper around the meat to create a “Texas Crutch”. This stops evaporative cooling and prevents the stall.

When cooking around the clock, wrapping the meat up is a recommended hack as it cuts down the cooking time without altering the food’s flavor.

Another Importance of wrapping the meat with butcher paper is to prevent the formation of a hard crust on its surface after smoking or grilling. It also prevents it from darkening too much, especially if the meat cooks under high heat.

Avoid wrapping the meat too soon into cooking as it can inhibit the formation of the crunchy crust.

This roll is manufactured using food-grade material in its 100% purest form. It comes in lengths of 24 inches and 18 inches wide and up to 2100 inches long.

This paper is neither bleached nor waxed with any additives.

It is easily removable from meat after cooking as it has non-stick qualities.

The Pink Kraft Butcher Paper Roll is designed to suit all meat-handling activities such as smoking, cooking, wrapping, or freezing.

It is recommended for use on any type of meat and cuts. This pink butcher paper makes your barbecuing experience less fussy while highlighting your grilling or smoking prowess.

Before butcher paper gained popularity, most people were invested in using foil paper. There are many reasons why the pink paper is more preferred than aluminum foil, as listed below:

The pink butcher paper has retained its popularity among grillers owing to all its likable features. It is not only a healthier option compared to the rest, but also meets most of the requirements for making flavorful grilled delicacies.

The trend originated from a celebrity pitmaster and chef known as Aaron Franklin. His YouTube classes are embraced by most grill lovers who pick up his ideas and habits as his prowess is evident.

Since then, pink butcher paper is a must-have item for most grillers. Most trends are known to stick around for a short time before new ones replace them. This is not the case with butcher paper as it has proved to be effective.

Besides wrapping up meat during grilling, this paper can be used to package leftovers, keep the meat warm after cooking, or in the refrigerator while dry-brining your meat.

You can also use it when steaming light meat such as seafood. This cooking style is French, known as “en papillote”. The meat is seasoned in a pink butcher paper pouch then steamed till ready.

All the mentioned features of the pink butcher paper can only be enjoyed by experimenting with it. If you are seeking to have savory smoke-flavored grilled meat without much struggle, this butcher paper is for you. Its size enables it to accommodate both small and large amounts of meat.

When selecting this product from stores, online or physical, check on the FDA approval and ensure that it is 100% food-grade. Some retailers market it as peach butcher paper, so that’s also a factor to be keen on.