One thing I’ve noticed over the years is that Japanese cuisine calls for mirin in a lot – and I do mean A LOT – of recipes.

But since it wasn’t always available, I often had to reach for suitable mirin substitutes if I wanted to complete my dishes successfully.

I struggled, so you don’t have to – here are the best mirin replacements I came up with over the course of many years. 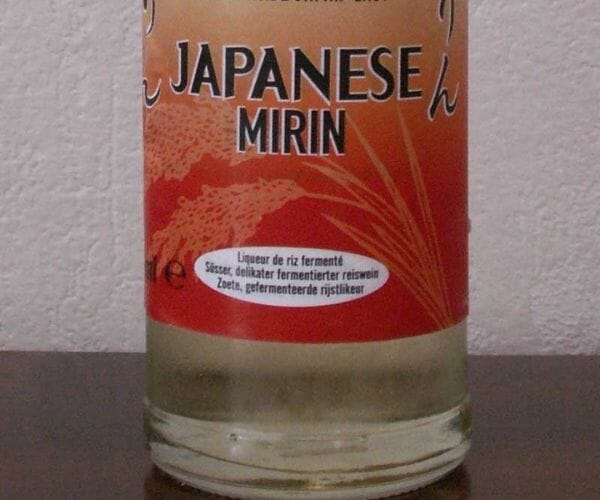 Mirin 101: All You Need To Know About This Japanese Wine

Mirin is pretty much a staple in Japanese cuisine.

To get a clearer picture of how popular it is, all you need to know is that it has its national day designated by the mirin industry. Every November 30th, traditional dishes that include this condiment are prepared all over Japan as a way of celebrating the Day of Hon-Mirin.

Okay, I get it, you never cooked with mirin before, and this is the first time you even saw it on the ingredient list.

I’m sure you’re wondering what the heck mirin is.

Have you ever tasted teriyaki sauce? I’m sorry to seem like an arrogant jerk, but have you? And if you did, did you notice a flavor that was particularly rich, softly tangy, and somewhat sweet?

You probably already know where I’m headed with all of these inquiries: you’ve consumed mirin in the past without even recognizing it.

You couldn’t have avoided mirin because it’s a vital component of many Japanese cuisines; thus, if you enjoy Japanese food, you probably enjoy mirin as well.

Similar to sake, mirin is a sweet rice wine (making sake an ideal substitute for mirin, but more on that later).

What sets them apart is the mirin’s lower alcohol content (14 percent, to be exact) and the fact that it contains a lot more sugar (we’re talking complex carbohydrates here).

Due to its sweet flavor, mirin is an excellent companion to some of the saltier sauces – soy sauce, for example. On top of that, it adds some thickness and a beautiful color that ranges from golden to light amber when you mix it with other sauces.

Another important question is: Where can you buy mirin?

Mirin Substitutes: What Worked For Me 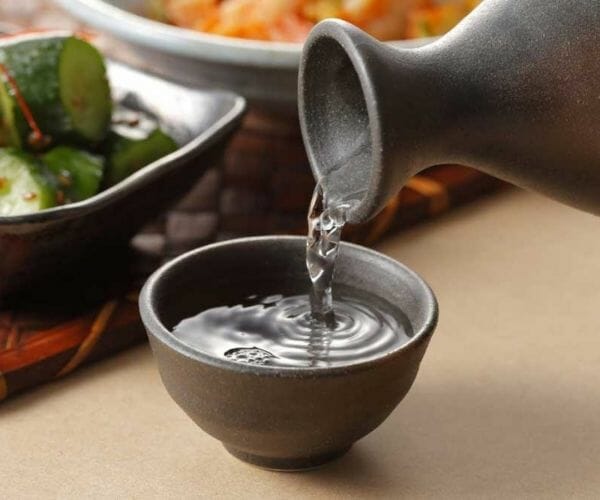 While I do think mirin is a must-have in any liquor cabinet, if you’re just now discovering the benefits of adding it to your dishes, I can’t expect you to have it at hand. That’s one of the main reasons why I’ve decided to give you a list of alcoholic as well as non-alcoholic alternatives.

However, remember to buy a bottle of mirin the first chance you get; trust me, you don’t want to miss out on the deliciousness it brings to your dishes.

There’s something called “Aji-Mirin” (when translated to English, this means something along the lines of “tastes like mirin”), so if mirin isn’t available in your local store (and you don’t have the time to order it online), you could give it a try.

While it’s not exactly mirin (not in its purest form, that is), it will do the job when it comes to adding that special something to your dishes flavor-wise.

However, you should keep in mind these mirin taste-alike options are usually full of additional sweeteners. If you don’t mind the extra sugar, by all means, give it a go, but if you do, then you should opt for some of the alternatives – I’ll list them in a moment, so keep on reading.

The easiest way to add that sweet and acidic flavor that mirin would bring out in your dish – but without actually using mirin – is to add one or two tablespoons of sugar to a half cup of white wine, dry sherry, vermouth, or other available replacements.

As you can see, there’s more than one way to cook without mirin, even when the recipe calls for it; let’s take a look at each of these substitutes separately:

Since it does have an acidic flavor to it, dry sherry can act as a mirin replacement, but you should keep an eye on salt and sugar levels in your dish.

While I recommend adding some sugar to the sherry (to help it reach the same sweetness mirin would bring to the table), you should be careful about the amount of salt you’re using.

Anyway, the correct way to use it as a replacement would be to add a tablespoon of sherry mixed with half a teaspoon of sugar for every tablespoon of mirin the recipe calls for – nothing overly complicated.

Here’s what I want you to remember:

Mirin is, basically, wine, so if the white wine was the first thing that came to mind as a suitable replacement, congratulations – your instinct was spot-on.

Dry white wine will add the needed acidity to your dish without going overboard with the sweetness; I would go for Chardonnay or Sauvignon blanc if I were you.

Add the same amount of white wine as you would mirin, but remember to add sugar to it, as well.

A good rule of thumb would be two teaspoons of sugar for each tablespoon of white wine you add to your dish.

You should keep in mind that you might end up with a slightly fruitier taste than you might’ve expected – feel free to blame it on the white wine’s fruity aroma and not your culinary skills.

Also, Check Out My Pork In Wine And Roasted Potato Recipe

That may come as a surprise to those of you who thought of sake as something that is meant for drinking, not cooking.

As you can see, that’s not the case – there are plenty of recipes that call for it as an ingredient, and when the need arises, it’s capable of taking on the role of mirin in your dish.

I guess I was saving the best for last – sake is, undoubtedly, the perfect bet regarding mirin substitutes.

Well, both mirin and sake are Japanese rice wines, which makes them similar origin-wise. As I already said, the main difference between the two comes from the sugar level and alcohol content.

So, if you have sake in your liquor cabinet, now’s the time to use it – one tablespoon of sake and two teaspoons of sugar for each tablespoon of mirin in the recipe. 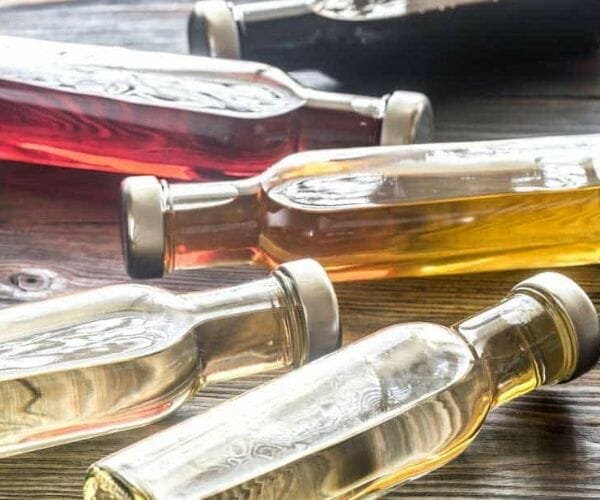 Yes, there’s a way to replace mirin in a recipe with a non-alcoholic drink.

It’s always a good idea to keep an alternative like this at hand; you never know when you might need it. As I already mentioned, when I was talking about Port wine substitutes, having a non-alcoholic alternative for those recipes that call for alcohol is essential.

Even though most (if not all) of it vaporizes during the cooking process, some people just don’t want alcohol served to them in any form – even if it’s in a dish.

That’s when these non-alcoholic substitutes come in handy:

(Rice wine vinegar, to be exact.)

As you can see, there’s no need to follow your recipes to the letter – experimenting with the alternatives could turn out to be more fun.

I can’t even count the times this has happened to me, and instead of stressing out about it, I’ve decided to make a learning process out of it and figure out what works and what doesn’t.

I can say it only made me grow and expand my cooking skills – and if you let yourself try out new, alternative solutions, it will do the same for you.

So, before you go off running to the supermarket to stock up on mirin, give these substitutes a try.

Who knows, maybe you’ll like the alternative results more than the original dish. 🙂