Do you know what I’ve noticed recently? There’s a lot of confusion revolving around something as simple as a rack of ribs. 🙂

I know, it sounds silly, and I didn’t give it a second thought, either – well, not until our younger son asked us in the middle of the dinner:

I wanted to give him a simple answer – an average number or something along the lines, but my husband decided to take over.

Half an hour later, we decided to turn to Google for an exact figure and a final answer to the question “how many ribs in a rack” – here’s what we found out.

How Many Ribs In A Rack? 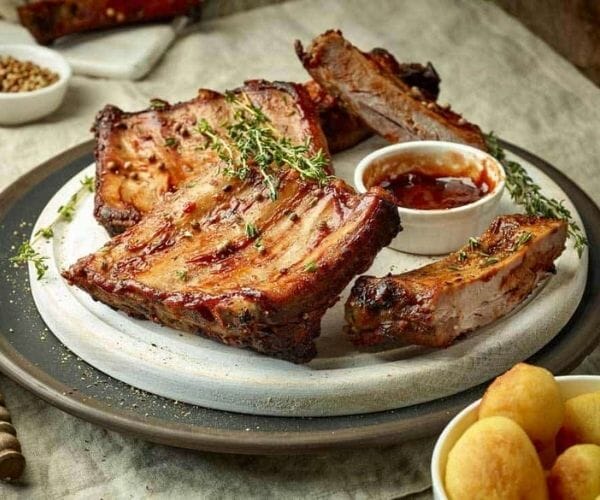 Since pork ribs are his favorite, my husband is an expert on the topic, and, as much as it’s hard for me to admit, I’m not – I had to turn to him a lot while I was writing this, just to make sure I got my facts straight.

So, apparently, the number of ribs in a rack depends on the section of the pig they come from, as well as the cut; ultimately, there are four types to choose from:

Related: How to Remove the Membrane from Pork Ribs, And Why Should We Do It!

Here’s what I like to do to avoid that:

Whenever my husband decides to throw these in the barbecue mix, I marinade and cook them sous vide before they even get the chance to go near the grill – just to make sure the meat is tender enough. 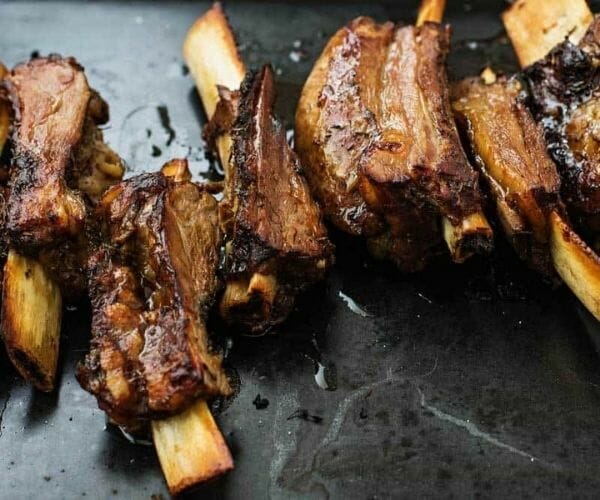 When my two boys were younger, barbecues were a regular occurrence in our household. And while pork ribs are, to this day, one of my husband’s favorites, you wouldn’t find anything other than beef ribs on our grill back then.

Well, our boys liked them better than pork ribs – and once you become a parent, you quickly learn that what you want doesn’t matter as much anymore. If the boys like beef ribs, guess what we’re having?

We didn’t mind, though – they looked unbelievably cute trying to hold these large ribs in their tiny hands.

While there are 13 bones on each side (counting from the backbone to the breastbone), you probably won’t be able to find a rack with more than nine – entire slabs are rarely sold commercially.

There are two types of beef rib rack you can buy; the main difference between the two is in how the meat is positioned relative to the bones – it may sound a bit confusing, but you’ll see what I’m talking about in a moment:

Related: How To Make Beef Consommé 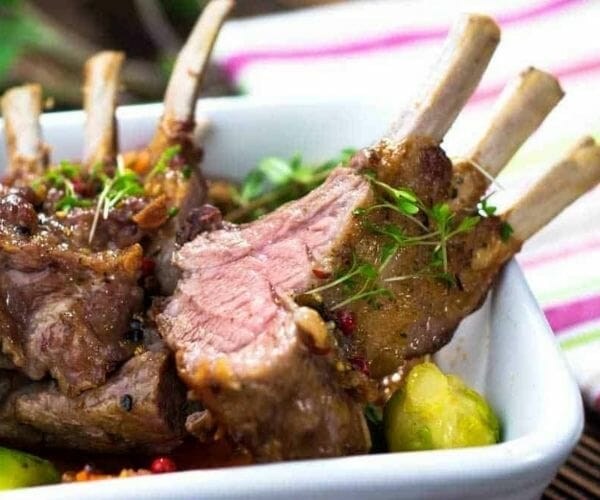 You might argue that I saved the best for last because lamb is perhaps one of the most often used cuts of meat when it comes to home cooking.

As you already saw, when buying pig or beef, a “rack of ribs” might signify a number of different things; however, with lamb ribs, this is not the case, and this is where things get straightforward.

Typically, a rack of lamb yields eight ribs; but, depending on the cut, you may receive as many as nine or as few as six. However, if we’re talking averages, a rack of lamb has eight ribs, which translates to eight delectable roasted lamb chops – if you prefer to prepare it that way, that is.

And here’s a quick hint for cooking lamb ribs:

Try removing the flesh from between the points of the bones to make the tips more noticeable if you want the finished meal to seem much more appealing.

Of course, I didn’t think of it; this trimming technique is typically referred to as Frenching (or French trimming). Whatever you choose to name it, one thing is certain: it does give your lamb ribs the appearance that they were prepared and served in a restaurant.

So, as you can see, there’s no universal answer to the question “how many ribs in a rack” – the numbers vary depending on the source of the meat.

If you’re looking for the rack with the highest number of ribs, then you should go with pork. But if the size of bones is what’s important to you, then beef ribs are the way to go – there’s a reason they call them dinosaur ribs.

Lamb’s ribs tend to be more expensive, that’s for sure, but when you want to take your meal presentation to the next level, a rack of lamb is what you’ll need.

I’ve also prepared a guide about how to reheat ribs.

Fellow barbecue lovers, which type of ribs is your favorite one? 🙂

See also: How to choose a new electric grill