It is quite convenient to keep deli meats like bologna, ham, sliced roast, and others in the refrigerator. You don’t need to spend time cooking or doing laborious food preparation to prepare a fast sandwich or snack.

The selection of deli meats is enormous. They may be precooked or cured. You can choose lunch meat that is eaten hot or cold.

You may buy full cuts of seasoned or spiced deli meat, including roast or corned beef.

Additionally, section lunch meat options such as baked ham are available. You may also get other processed meats including salami, bologna, hot dogs, sausages, and others if you’d rather.

Additionally, pre-sliced deli meat is available, which will make your life even simpler.

The issue is that the majority of us overbuy it and wind up with expired luncheon meat in the refrigerator.
Are you unsure of the shelf life of deli meat? Or perhaps you’re wondering when these luncheon meats go rancid.

Continue reading to learn safe ways to preserve deli meat. Additionally, we have included useful details on how long it lasts and how to determine whether the deli meat has gone rotten.

Does Deli Meat Go Bad? How to Tell if it is spoiled? 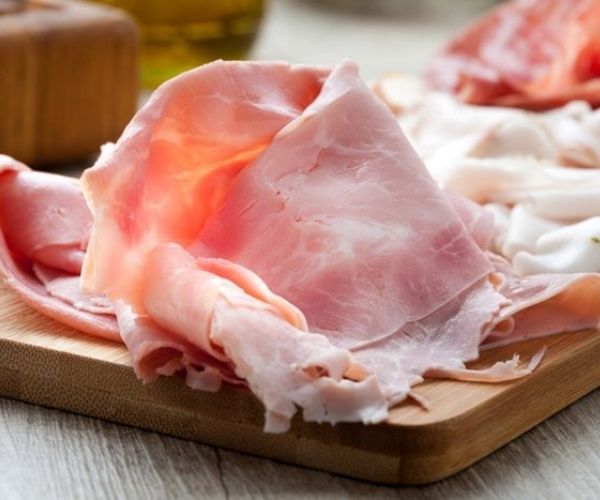 Yes, deli meat does go bad. If you haven’t opened the vacuum package of sliced meat, you can safely store it in the fridge at temperatures up to 40 degrees Fahrenheit for up to two weeks. In fact, the USDA recommends that you eat the cool cuts in 3-5 days after opening the package and storing it in the fridge.

You can also freeze the packaged deli meat for a couple of months.

Keep in mind that the various types of deli meats have different shelf lives. Pepperoni, for example, will last longer than ham. Still, you can’t store them for months.

Check the best–by date on the package, and make sure you eat the deli meat before it expires.

Once the deli meat has gone bad – it is easy to tell. It will become slimy, shriveled, and smelly. Its appearance will change, and so will its taste. If you do decide to eat the older deli meat, then make sure you cook it first. The high temperatures will help kill any potentially harmful bacteria.

Don’t attempt to eat cold-cut meat if it appears to have developed mold or it has changed its color! Any meat, which has become grayish, yellow, or brownish, is probably unsafe to eat.

It is a good idea to throw out any cold sliced meat if it has developed a nasty sour smell.
So use your senses of smell, touch, and sight before attempting to taste deli meat that you suspect has gone bad.

In some cases, the lunch meat will remain edible and safe for a few days after the best before date. But if it has long expired, then you should probably go ahead and throw that deli meat away.

When buying something from the deli counter, make sure to check the best-by date. This will give you an idea of the shelf life and ensure you are making a reasonable purchase.

How Long Does Deli Meat Last?

The answer to this question depends on the type of lunch meat you have picked. If the deli meat is pre-sliced, it will last less than others that are not sliced.

If the lunch meat is offered pre-packed, then you can easily check the best before date on the label.

In most cases, you can still eat the sliced meat even after several days following the use-by date. But this is true, only if you have not already opened the package.

You can store vacuum-packed lunch meat in the refrigerator for up to two weeks. Once you open the package, though, make sure you eat the deli meat within the next 3-5 days.
If you have purchased unpackaged deli meat from a deli, then you can expect it to last for about 4-6 days in the fridge.

Always make sure to store the unpacked deli meat in an airtight container, sealed bag, or aluminum foil in the fridge. This will ensure that it stays safe and delicious for longer. 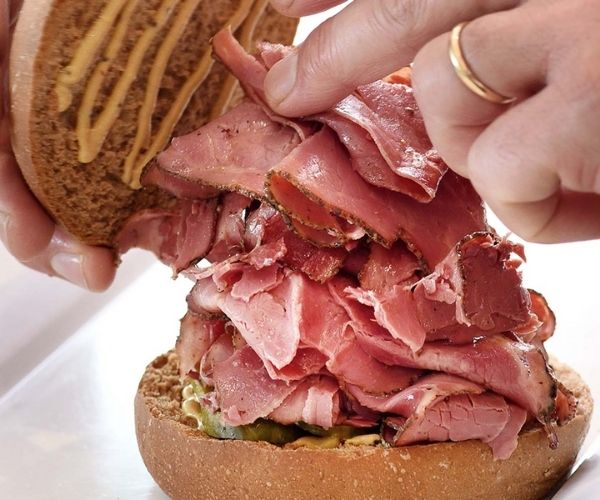 If you prefer the convenience of buying pre-sliced deli meat, you are not alone. But keep in mind that sliced lunch meat will usually contain more preservatives and is not as healthy as the unsliced one.

Still, if you like sliced deli meat, then make sure to check the best before the date on the packaging. It can last for a few days after the expiration date, but no longer.

If you buy unpackaged sliced lunch meat from the deli counter, you can expect it to last for about 4-6 days when stored properly in the fridge.

Make sure that the temperature in the refrigerator is at least 40 degrees Fahrenheit or lower if you want to prevent harmful bacterial growth on your deli meat. The same goes for any other perishable food in the fridge!

Can You Freeze the Deli Meat?

If you happen to end up with a considerable quantity of luncheon meat that you don’t want to throw away, then fear not – you can freeze it and preserve it for several months!

Some deli meats freeze really well and retain their delicious flavor and texture even after months. The lunch meats best for storing in the freezer are the fattier ones, such as pepperoni or salami. But you can also store other cold-cut meats like turkey, ham, and others in the freezer.

Make sure to wrap the meat very tightly, or double wrap it with aluminum foil or a freezer bag. This will help it retain its flavor, texture, color, and freshness, especially if you plan to store it for more than a few weeks.

When you decide to eat the frozen meat, you should allow it to thaw completely before that. This is best done by taking the deli meat out of the freezer and placing it in the refrigerator. Keep it there until it is defrosted and ready to be consumed.

In theory, deli meat can be stored at up to zero degrees Fahrenheit indefinitely. Still, it is recommended that you consume the frozen lunch meat no later than 1-2 months after placing it in the freezer. This will ensure that the meat has retained its flavor, freshness, and texture.

While deli meat is delicious and convenient, you should always make sure to store it properly. This will not only help you enjoy its delicious flavor but will also help keep you and your family safe.

While deli meat does last than many other types of meat and food, it still can go bad.

To ensure that your luncheon meat is bacteria-free and as delicious as ever, always store it well packed in the refrigerator. It will last for up to two weeks before you remove the vacuum packing, but for only up to 5 days after you open it.

If you have purchased luncheon meat with no packaging, make sure that you eat it within the next 4-6 days. In the meantime, please keep it in the refrigerator at temperatures of up to 40 degrees Fahrenheit.

If you want to store it for longer, wrap the deli meal well and pop it in the freezer. It will retain its taste and texture perfectly for 1 to 2 months in the freezer.

The best piece of advice is always to check the best before the date on the luncheon meat.

Also, make sure that you buy only as much as you plan to eat before the expiration date!

Freezer burnt food; most of us have been there at one point through no fault of our own. You just sometimes forget about the food in your fridge. But did you know that leaving food in the freezer for longer than you are supposed to isn’t the only cause of freezer burn? It can sometimes…

Who doesn’t want to sip on a perfect cup of coffee every morning? While there are several cheap, as well as expensive coffee brands that are very popular, one definitely prefers low-acidity coffee that can be had on the regular. Finding good low-acid coffee in your price range can be a bit of a challenge….

Indian, Middle Eastern, and Asian cuisine all depend on tamarind paste. With an additional smokey and caramel taste profile, it has a unique sour and citrus flavor. Meals like Beef Rendang, Pad Thai, and others taste excellent when a small amount of this paste is added. Due to its sour and lemony flavor, it can…

If someone had told me that one day I would have to reheat the chicken, I wouldn’t believe him. Chicken (especially fried) is one of my family’s all-time favorite dishes, and never in my lifetime had I had leftovers when I prepared it. However, a couple of days ago, when I made this dish, it…

Does Flour Go Bad I bake a lot, from pizza to doughnuts, as a wife and mother of two, therefore I often have several pounds of flour in my cupboard. I discovered a bag of flour hidden in the pantry corner during this year’s spring cleaning, and I was unsure if it was still okay…

Even though it may seem alluring to sprinkle scented oil produced with pricey truffles over a salad or other dish, the majority of commercially available truffle oils aren’t actually created with truffles. However, you may get genuine truffle oil prepared from either black or white truffles if you’re lucky and ready to pay extra. All…