The fruit of the plant known as fennel, which belongs to the carrot family, is the fennel seed.

When dried, fennel has an oval shape and a green-brown tint. Fennel seeds come from the Mediterranean region, but they are currently found in many other types of cuisines all over the world.

Fennel seeds provide you a wealth of health advantages in addition to being a fantastic spice. Antioxidants include quercetin and kaempferol, which are abundant in fennel seeds. They are also a fantastic source of many minerals, including copper, iron, potassium, calcium, and zinc.

Fennel seeds may be added to both savory and sweet meals. For added sweetness, you may include them while making homemade sausage or when making a curry with potatoes.

Another option to utilize these seeds is to grind them into a powder at home, blend them with other spices, or boil them into tea to aid with digestion.

These fantastic seeds are available year-round in the markets. Remember to store these dry seeds in an air-sealed container and put them in a dark, non-humid, and cool place.

Fennel seed is an excellent addition to your diet, and when you don’t have them or something gets in your way – you can substitute it with other tasty ingredients that are equally good.

I try to keep a healthy supply of them in my cupboard, but I can’t always get them restocked at my local store. This is why I took the time to determine which substitute seasoning would provide the dish with the most consistent flavor.

Here is a list of delicious substitutes that you can confidently reach for the next time a recipe calls for fennel seeds: 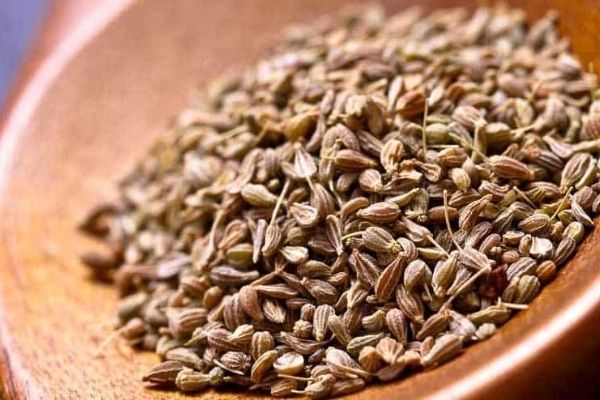 The closest substitute is anise seed, with its similar licorice flavor.

Anise seeds have widely been used as a cold remedy for years and to cure stomachache. You can also use these seeds to create oil, which you can apply to areas in your body that hurt.

Anise seeds are full of critical nutritional factors such as copper, iron, potassium, calcium, zinc, and more, as well as antioxidants and vitamins.

However, there are some fundamental differences between fennel and anise you should be aware of: 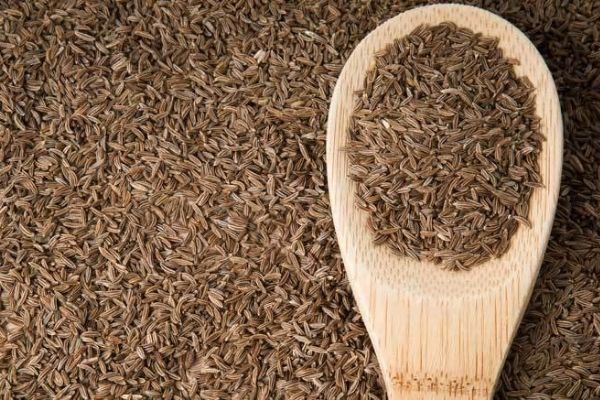 Caraway seeds are an excellent substitute for fennel seeds if your local grocer is running low on fennel. In fact, these seeds are the fruit of the plant, and they tend to be about a quarter-inch in size.

Caraway seed has a similar flavor, but you need to know how to use it adequately to bring the flavor out and make it an appropriate substitute. Its licorice flavor is stronger than fennel, and it has a bitter aroma.

These seeds are commonly used in sauerkraut, rye bread, and a range of sausages. It combines nicely with cabbage, so this is a fantastic substitute if you have any cabbage in your dish.

I also used the seeds in cakes, biscuits, and soda bread when I wanted to add an earthy flavor but was out of fennel. It is a remarkable addition to all types of roast or briskets, as it will add flavor to the meat without overpowering it. 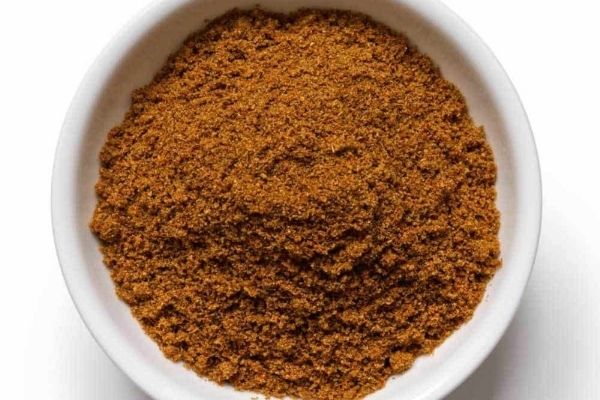 Even if you have never cooked with fennel, you will recognize cumin as a common ingredient in chili seasoning, which is widely used in Indian cuisine and Latin dishes.

Most chefs keep some cumin on hand, and you will be surprised to learn that it represents a good source of iron and manganese. You can use it in curry powder, chili powder, or in taco and fajita seasonings.

The fine powder blends easily with other seasonings, which create new tastes that will stand out. Cumin is predominantly available in powder form, but you can also use the seeds.

While fennel is commonly used to season items as they cook, cumin is typically used as a garnish in salads, tortillas, and other dishes. You can also leave the whole seeds if you are going to add texture to a dish that is already cooked.

Fundamental differences between the two are:

See also: What Is The Difference Between Curry Paste and Curry Powder? 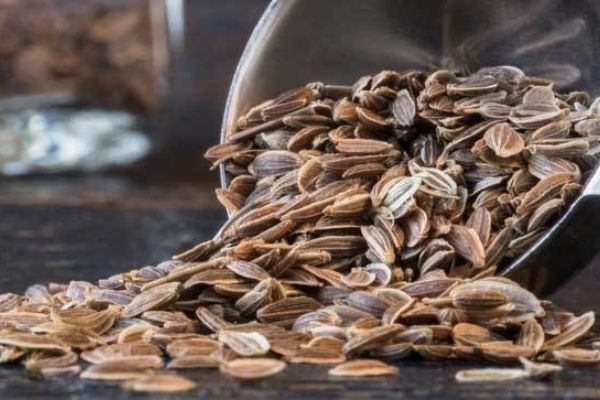 Dill is widely used throughout the U.S., and many people love their chips and dill pickles. It adds a tangy flavor to your dishes, and it is very easy to store the dried spice.

Nowadays, many grocery stores are offering dill seasoning, and you will find that this adds more depth and flavor to your dishes. Just wrap it in a damp paper towel and store it in your fridge to preserve freshness.

Keep in mind that dill only lasts for two days, so you should pick it up when it is time to make your dish.

Dill is an excellent substitute for fennel when it comes to fish dishes. Just sprinkle some chopped dill over your trout or salmon for complementary flavors.

Both dill and fennel have hollow stems and are known as umbellifers; there are also some differences between the two you should keep in mind: 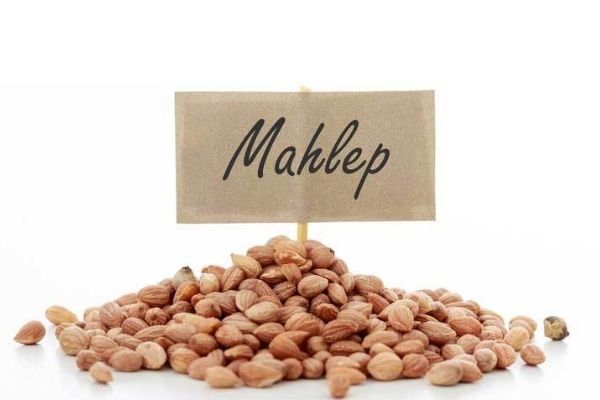 The Mahlab seed is known for its sour and sweet taste with a subtle cherry flavor. It is a staple in Mediterranean cuisine and can be used from cookies to bread because of its pleasant almond aftertaste.

It is typically used in place of the fennel when supplies run low. However, it may not be the best choice to season meat.

In case you purchase it whole, you will need to grind it down with a mortar and pestle. This seed has oils that dissipate quickly, so it is best to do this right before adding it to your dish.

It may seem like a pain in the ass to grind down Mahlab seeds, but I find that it is quite easy when you have the right tools on hand.

It is one of those strange flavors that your friends will enjoy, but they probably won’t be able to define it. You can also pull out the Mahlab seeds when you are making sweet dairy dishes, such as pudding. 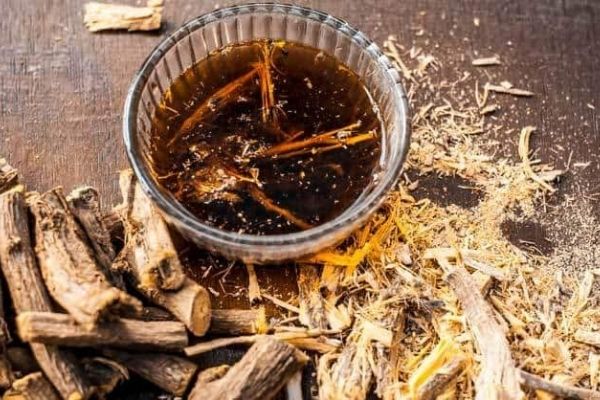 Because fennel has a slight licorice flavor to it, it is not surprising that you can substitute some licorice root for it. But licorice root can be a little harder to work with than fennel seeds.

Rather than buying the raw root, look for a powder that you can sprinkle onto dishes to add some flavor.

If you are using powdered licorice root, then 3/4 teaspoon should be used in place of 1 teaspoon of fennel seed. If you can only find licorice in root form, you have to soak it in hot water first. After that, add this liquid to your dish to bring out the rich licorice flavor.

Licorice has a sweet flavor to it, and it is commonly used to mask the unpleasant flavor in different medications. Licorice tends to leave a coating behind on surfaces, and because of that, it is commonly used for coughs, sore throats, and upset stomachs.

It is not commonly used in modern medicine just because it can have the unwelcome side effect of raising blood pressure, so avoid using licorice root if anyone at your dining table has blood pressure or heart problems.

Many recipes call for fennel seed, and we don’t always have it on hand. That is why sometimes we have to shake things up by trying something different.

Don’t hesitate to explore new cooking methods, and remember – the best dishes are crafted when we run out of one thing and decide to try something new. 🙂

Since brisket is a large, tough meat that takes a lot of time and effort to cook properly, many home cooks opt to avoid preparing it. The question of how to store, reheat, and use the leftovers may arise if you enjoy barbecue and have taken the time and effort to prepare a gorgeous low-and-slow…

Have you already got your Hydro Flask? I heard about the Hydro Flask a few months ago. My friend and I were just chatting when she mentioned a water bottle that could keep temperatures steady. The conversation really made me want to discover more about this intriguing water bottle. As I discovered more, I became…

I don’t know about you, but I’ve never met a person who doesn’t like popcorn. They are a perfect snack for a variety of occasions: when you have guests visiting while watching a movie, series, or sports while walking through the city or nature. Best Popcorn Kernels Have you ever cooked popcorn for family movie…

If you love espresso or espresso-based drinks but are fed up with spending so much money at your local coffee shops, buying a budget-friendly espresso machine could be the perfect solution for you. Numerous espresso machines are available, some of which cost hundreds or even thousands of dollars. We’ve chosen the top espresso machines under…

Are you pondering if an old bottle of tequila that has been hidden away in the cabinet for months would still be suitable for producing some delectable Margaritas? The good news is that even if tequila has been sitting for months or years, there’s a decent chance it’s still tasty and safe to drink. Continue…

If you’ve ever dealt with leftovers, you undoubtedly already know how simple it is to store them. Simply place them in Ziploc bags or other airtight containers and store them in the refrigerator or freezer. What happens, though, if the meal is steak? Can cooked steak be frozen? Yes, it is the solution. Any cooked…