I’ve attended a lot of birthday parties and prepared, even more, shakes as a mother of two children. They are just a logistical gift, especially if you need to simultaneously accommodate dozens of youngsters.

But birthdays aside, shakes are in fact really delicious, calorie-dense, and energetic drinks. They can be transformed into a very lovely addition to your diet if you don’t turn them into giant, fat dairy bombs, which is a truth I took advantage of every single time I wanted to prepare a quick supper for my family and didn’t have the time or resources to linger into anything more sophisticated.

Difference Between Shake And Malt

So, milkshakes and I have a pretty long history.

Why on Earth then was I completely oblivious to the differences between traditional and malt shakes? Until recently, I had a very simplistic view on this matter. Milkshakes are what I make at home. Malts are the milkshakes I buy at those sweet old-timey diners and soda fountains.

It was only recently when one of my friends asked me, “Do you prefer to make milkshakes or malts?” and I dropped one big, absent-minded “Huh?!” when I realized that I have one huge blind spot I need to address.

After all, it was my culinary ego at stake. Well, here’s what I gathered.

The Long History of Blurred Lines Between Milkshakes and Malts 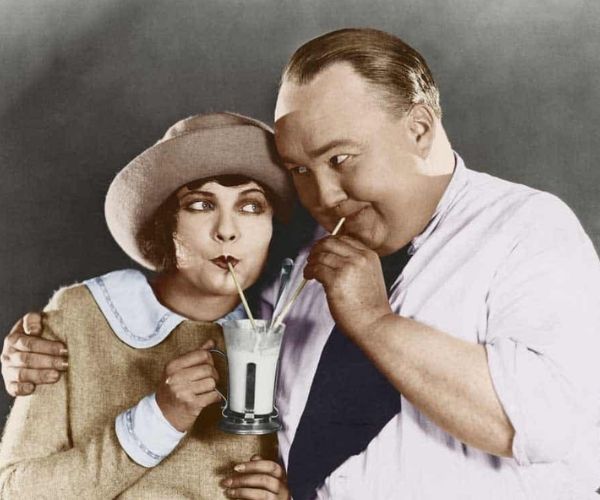 As it turns out, the term milkshake reaches all the way back to the late 19th century (1885, to be more precise). However, unlike the current milkshakes which are based on milk, sugar, and ice cream, Victorian milkshakes had one pretty interesting addition – booze. Malted milk powder followed just two years later. Originally intended as a dietary supplement for babies, malted milk very quickly became popular amongst adults as well, and eventually found a way into the milkshakes of the time.

Very affordable, highly caloric, easy to carry, non-perishable, and admittedly boozeles, malted milk powder saw a huge rise in popularity in the scarce times of the prohibition. Back then malted milkshakes were “the shakes.”

So, I guess this mindset stuck pretty long in my family, even after milkshakes and malts parted their ways, and malted powder lost its pristine position as the go-to-shake ingredient. For me, using malted milk powder was just another way of making a milkshake. Now, when I finally realized that the prohibition era is over, I see that differences between malts and milkshakes are present, so there’s really no point at being stubborn and insisting on the same name.

What Malt Brings to the Table 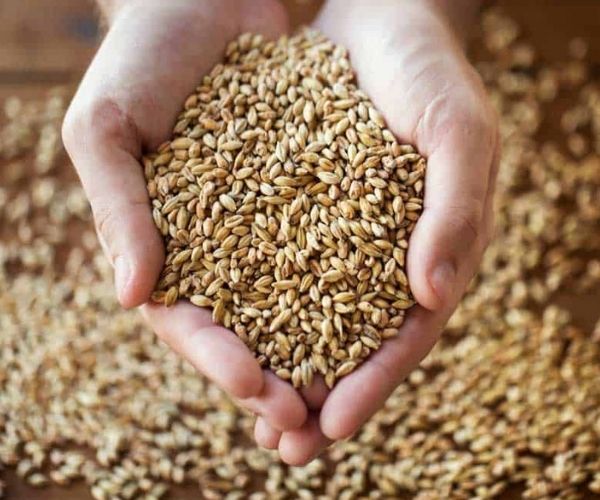 Obviously, the only thing that separates milkshakes and malts today, is the inclusion of malted milk powder. But, although I somehow managed to completely ignore it, that small variation makes all the difference in the world.

A Milkless Alternative To Milkshakes 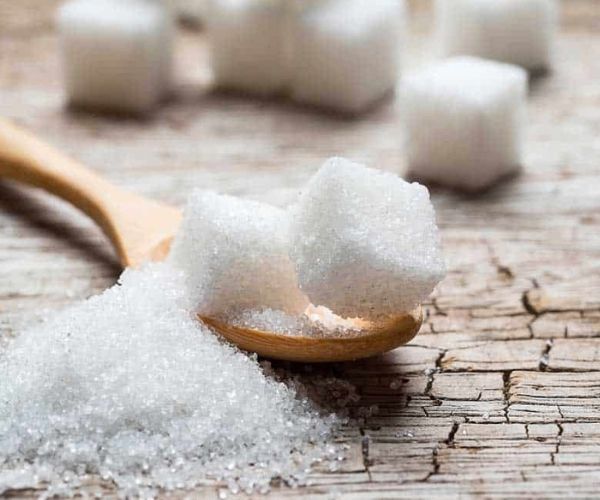 One of the most obvious disadvantages of all malted products, milk powder included, is the added sugar, and there’s simply no way around it.

That, by itself, wouldn’t be so bad, if you’d at least get the sweet flavor you came to expect from a milkshake. But, the inclusion of salt and sodium bicarbonate cuts the entire package short of sweetness and gives it a pretty savory edge.

Because of that, you are often tempted to add more sweet ingredients and turn the shake into a sugar bomb.

The Difference in Recipes 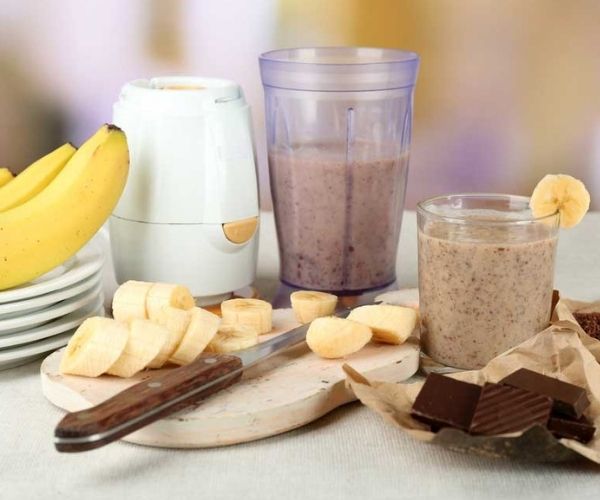 By now, it should be clear that the inclusion of malted milk powder presents a really big difference even on its own. However, that’s not the end. This slight difference results in drastically different products and entails a fair share of recipe variations.

In short, though I didn’t distinguish them, I prepared milkshakes and malts in a completely different way.

Here are the two recipes to illustrate what I’m saying: 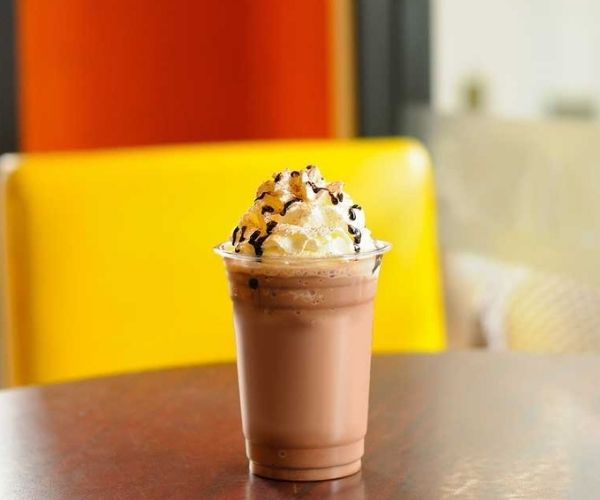 This recipe is very easy to prepare. Basically, all you have to do is to put all the ingredients into the blender and blend them until they reach desired consistency. The cream, of course, comes at the very end. 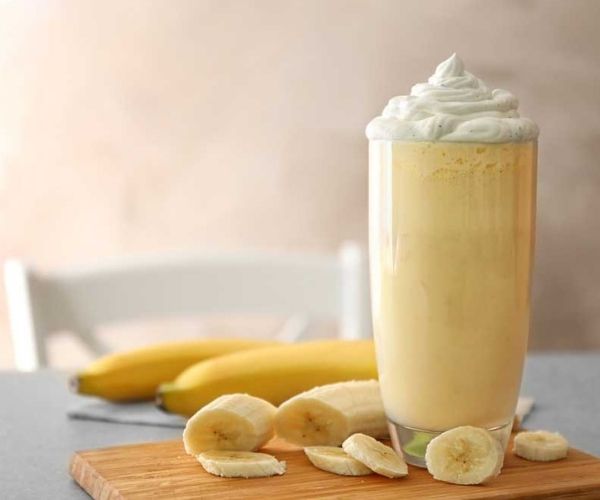 This milkshake is, essentially, prepared in the same manner as the previous malt. Just put everything in the blender, whizz it a couple of rounds, pour it into a glass and put the cream on the top.

It doesn’t take more than a passing look at these two cold beverages to see that although their ingredients are very similar, they have something different about them.

For example, a milkshake can be made without ice cream. You can use low-fat dairy products to cut the number of calories. If you are on a diet, you can even prepare a completely dairy-free, fruit-based shake.

Now, putting malted milk powder into this whole mix wouldn’t make any sense, no matter whether you are looking from a nutritional or taste perspective.

That leads us to what I consider to be the biggest and the most prominent difference between malts and milkshakes.

Malts (or malted milkshakes) are inherently sweet, heavy, and packed with calories. I prepare them only on special occasions and like to classify them as desserts. Because they are devoid of this one ingredient, traditional milkshakes give you much more nutritional freedom.

Sure, you can make them as sweet and caloric as possible. But, if you are trying to lose some weight, you can easily turn them into a healthy and low-calorie replacement for some of your meals.

Any kitchen needs chicken broth, whether it is prepared from scratch or purchased from the supermarket. How long can chicken stock be stored is the question. Additionally, how do you store it and how can you tell if it’s spoiled? Pre-made chicken broth is often kept in the cupboard for at least six months after…

Has your pork ever smelled like rotten eggs when you bought it at the store? It’s not uncommon for people to remark about the strong sulfur scent. You may have pondered if the meat is still edible and, if so, how to eliminate the odor. We can assist if you’re one of the many individuals…

Our bodies are made of almost 90% water, and access to safe and clean water is a fundamental human right and need. The issue is that the water that comes out of our faucets is not always as pure and secure as we might hope. A top-quality water filter pitcher is your best option if…

A grilled cheese sandwich is hard to top for sweetness and richness. It’s the ideal fusion of sweet and savory, rich and velvety, and soft and crispy. The taste of this comfort meal is unquestionably delicious, but eating it with different side dishes enhances the flavor and improves your dining experience. To avoid competing with…

Back when John and I were still newlyweds, his parents hosted a dinner party, and the idea was that everyone invited would pinch in by bringing something. Being me and wanting to show off my cooking skills in front of my in-laws, I decided to make roast beef. Not a salad, not a dessert –…

If tacos are on the menu, salsa is a delicious dip to go with them. It might also complement many other recipes, elevating the tastes that are already there. Although there are many other ways to make salsa, this pudding feels lacking without a little pepper, at least according to the traditional Mexican cuisine. The…