Nothing is more delectable than a Thanksgiving ham, and if it were for my guys, we would consume it continuously until it was gone. Fortunately, it isn’t up to them, because in the kitchen, I’m in charge, captain, and king.

I don’t know about you, but whenever I make ham, I usually have plenty left over.:)

Every time we debate whether to eat it till the bone is exposed for breakfast, lunch, and supper as a family. I’ll admit that one year I let them win since I was too exhausted to make three fresh meals a day.

Can You Freeze Ham?

Still, usually, I love when our nutrition is diverse, and I won’t have a piece of ham ruining my plans. If you have ever found yourself in a similar situation, you’ve probably wondered can you freeze ham and use it later without it losing its taste and becoming watery (since it is already very high in moisture).

Of course, you can. You just need to know a few things before you do it.

Types of Ham You Can Freeze 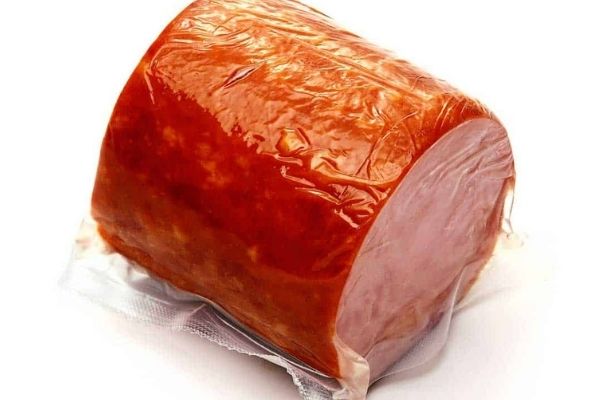 The Quality of Ham 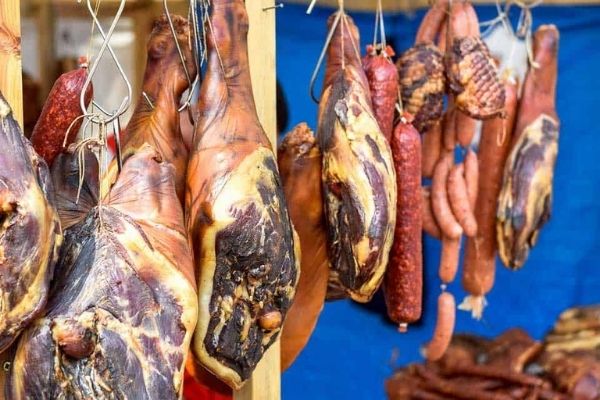 Lower-quality hams usually contain a lot of water, and after freezing, they can become mushy. Depending on the curing process, there can be two types of ham: city (cured by submerging the ham in saltwater) and country (hung to dry in controlled environments).

If you are buying ham in the US, it is more likely that you’ll end up with a city ham. There is nothing wrong with these hams, though. My family loves them, but if you are not careful enough, you may end up with more water than meat.

City hams are often injected with additional water to bulk up their weight. The moisture content of the ham will be easily recognized only by reading the label:

I first tried country ham when my friend, who now lives in Italy, visited us. I must tell you – it’s not for everyone. While I learned to appreciate its delicate smoky taste, my kids were shocked by its saltiness. If you don’t mind the salt, you will have a great time with this piece of ham, and it will be easy to freeze it.

Further Reading: How to Freeze Your Lunch Meat and Keep Your Budget in Check

How to Pack the Ham Properly? 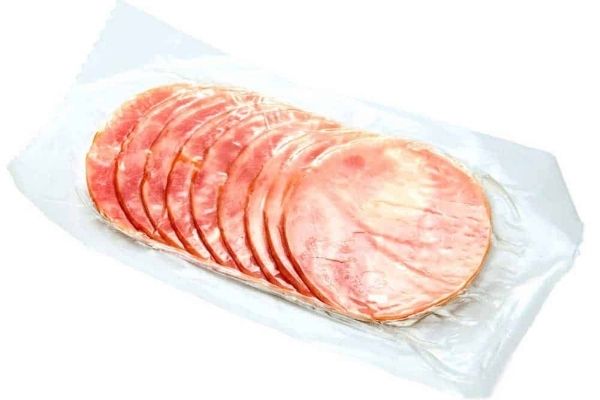 Proper packing is what separates ready-to-eat and good-to-waste ham. If you want to preserve the flavor, aroma, integrity, and texture of the meat, you should wrap the ham tightly. The safest and quickest way to go is with a vacuum packing machine, but that doesn’t mean it’s the only way to go.

Also Check Out: The Most Recommended Freezer Containers

How Long Can Frozen Ham Last? 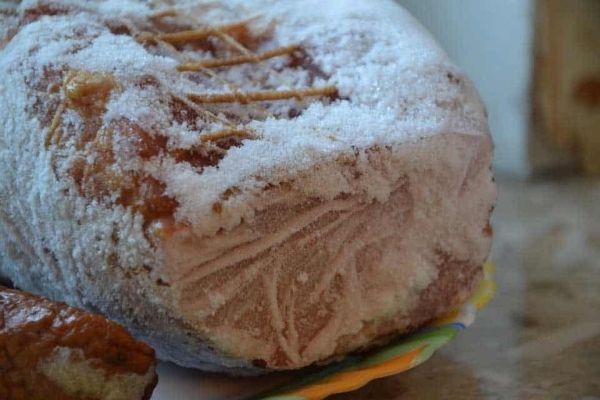 Last year my older boy wanted to surprise me by preparing Mother’s Day dinner, so he took the ham out of the freezer, put it in a ceramic bowl in the microwave, and turned on the “defrost” option. Now, I really get his logic; it says “defrost,” so why wouldn’t it work?

Still, that didn’t prevent us from dumping the ham and eating pizza that night.

The meat had that odd half-cooked half-expired smell, and although this doesn’t necessarily mean that it was actually bad, it did look and taste bad.

I would always go with the fridge thawing rather than the microwave. To do that, just put the ham on a plate and in the refrigerator, and let things go their course.

You can also submerge it in water (with the foil still on its outside). If you thaw the ham in one of these ways, you will be able to keep it in the fridge for at least a month while it still retaining its taste.

It doesn’t matter if you want to use the ham right after the holidays or after thawing. There are various delicious meals you can prepare with it. Here are two of my family’s favorites: 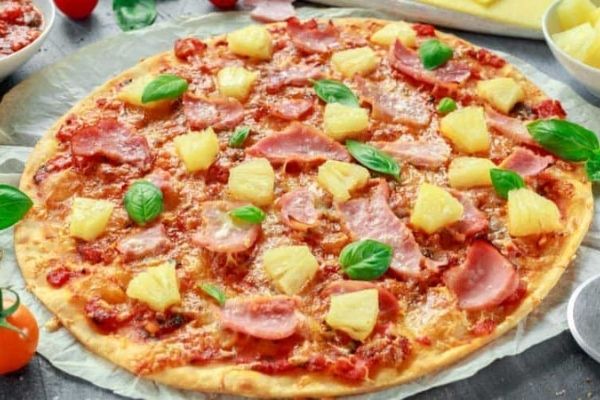 This is something my boys prepare when they want to reward me for my hard work during holidays, and why wouldn’t they? It’s straightforward and quick. 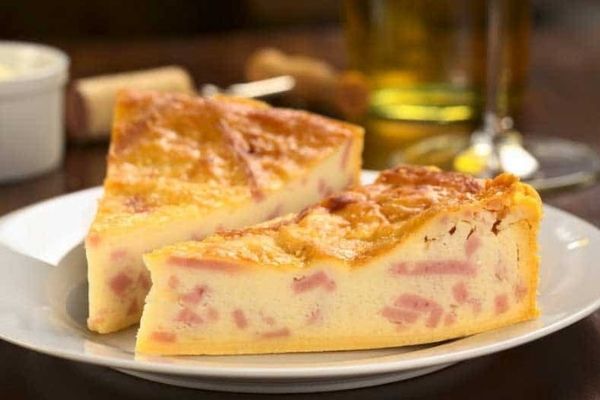 An easy-breezy quiche that is quite a relief after the exhausting holiday preparations.

So, to answer the question from the top of the text: Can you freeze ham to use later?

You can, and it is really easy when you get used to it. I do it on a regular basis. When freezing the ham, just remember to wrap it tightly and pay attention to expiration dates.

Also, avoid ham that is packed with water since it can be mushy and lose its texture after freezing.

How long do the mushrooms last in the fridge? I have figured out the answer for you, so do not jeopardize your health! 🙂 Once a week is typically when I go food shopping. Being a mom requires me to stock up on a lot of products, including fruit and vegetables that have a limited…

America’s most popular spice blend, Old Bay Seasoning, is considered the ultimate seasoning for seafood. This amazing seasoning makes seafood taste fab and can transform just about anything, including steak, burgers, chicken, rice, potatoes, chowders, vegetables, and pasta, into something super delicious. Created in Maryland more than 75 years ago, this unique seasoning with a…

Pizza is an all-time favorite, and nothing can beat the taste of a fresh, hot, and gooey pizza straight out of the oven. However, if you have some leftover pizza in the fridge, a cold hard soggy slice hardly sounds appealing. The easiest and quickest way to reheat leftover pizza is probably by sliding the…

I have family in the South of our lovely country, and whenever I have the chance, I adore traveling there to take advantage of their legendary hospitality and indulge in their delectable cuisine. There is no denying that the cuisine in the South is among the greatest in the world. How To Tell If Shrimp…

One of the most adaptable vegetables is the potato. What can’t you make with potatoes, really? Discuss foods like pies, wedges, crispy fries, veggie soups, etc. And among this huge array of byproducts, flour just so happens to be one. Simply said, potato flour is whole-grain flour manufactured from potatoes, most frequently the Idaho type….

Since the beginning of recorded history, fish and shellfish have been important sources of food for humans and have also served as powerful economic forces. Globally, the amount of fish consumed per person has increased recently. Speaking of fish, salmon is one of the richest and healthiest seafood alternatives available. It’s also rather simple and…