Do you remember your college days when you cooked simple meals for yourself in your dorm room? Or that camping trip when your mother prepared delicious fish on that funny teeny tiny portable stove? Or that time you renovated your kitchen as newlyweds, so you had to come up with a plan on how to cook for days?

What was that piece of appliance that helped you back then?

Correct! It was a hot plate.

Now, my friend is organizing meal prep seminars, and she decided that the hot plate would be the best solution.

A portable electric stove would make it possible for her to demonstrate her cooking techniques on the spot quickly.

She asked me to help her pick a hot plate, so we tried a few, and I used that opportunity to write these hot plate reviews.

What is a Hot Plate? 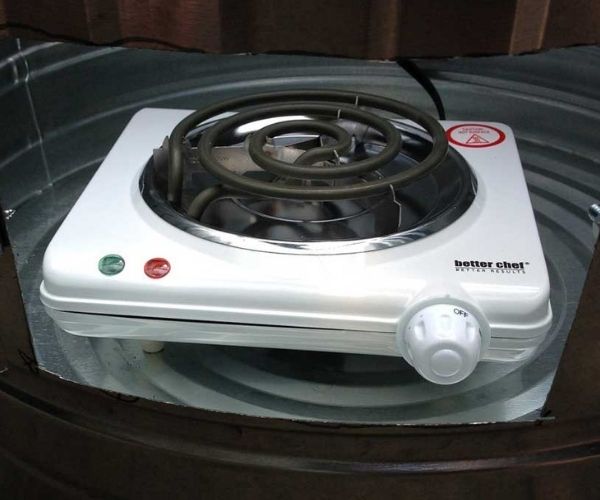 Before we dive in, let’s define what we are looking for.

The hot plate is a portable heating source used for cooking. It is usually powered by electricity or gas.

Hot plates are most often used as a substitute for kitchen stoves or convection ovens. It can come in handy in the woods, basement kitchens, on your travel, patios, and so on.

There are a few different types of hot plates you should consider before buying one:

Which hot plate you will choose depends on your personal preferences and needs. I like the electric or induction ones the most because I favor simplicity and effectiveness.

Also, I don’t like my hands to get burned, and I think I would have that risk with other options.

What to expect while using Hot Plate? 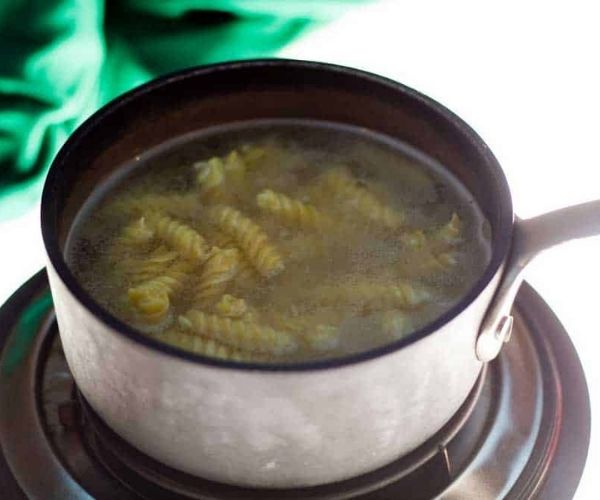 There are a thing or two you should know before you start using a hot plate in order not to declare a perfectly good appliance broken.

Hot plates release smelly fumes the first time you use them because of the chemicals they are coated with during manufacture! So, be smart, go outside, and then turn it on. Do not cook anything on it before you do this first ride because your food might smell too.

Many electric hot plates turn off when they reach the required temperature and turn back on if the temperature falls beneath the desired level. They do this to save you energy and prevent overheating and potentially burning something.

Similarly, some of them have a thermal fuse, which will turn off the product when it starts overheating, so you need to clean the place around it, no towels, mops, or any other cloth near the hot plate.

Hot plates do not have a long lifetime. They are not made for excessive use. You should use them from time to time, not depend on them. This is the main reason they are so cheap, so you can replace them when the time comes. Your hot plate may serve you for a year or two, or maybe a few years if you are lucky, but don’t expect you will use it for a decade.

On the other hand, their design is simple, and they are fixable. So if you don’t want to buy a new hot plate every few years, you can repair your old one.

There are easy ways to determine what had gone wrong and how to repair it. If you are a handy girl, you can do it yourself, or you can ask your husband/son/father/brother for help.

My friend and I handpicked five top hot plates with various features to determine which one is the best for cooking and won’t let her down in front of the audience.

She insisted on beautiful design and lightweight, while I insisted on practicality and ergonomics.

Few coffees and one long conversation later, we decided that these five products can enter the shortlist:

This single electric burner is an incredibly cheap product, so I know many people who have it, and they are mainly satisfied.

It shuts off when it reaches the wanted temperature and turns back on once it starts cooling down, so it saves energy. This is a pretty good thing, especially if you are using it outdoors and powering it by the generator.

Also, it has a power indicator light, so you’ll know when it is heating and when it’s not. On the other hand, this shutting on and off process may slow your cooking, so you have to be patient.

What I particularly liked is that it is fast enough, and it can facilitate 10 or 12-inch big pots and pans (i.e., the 12″ Red Copper frying pan). This means you can cook for more than one person with it.

If you want to turn it off, plug it out because the one we tried turned itself back on while laying on the patio, even if it wasn’t supposed to. Also, it has a short cord and plastic legs, so it may slide if not placed on a flat surface.

This hot plate is not the easiest one to clean, but if you do it carefully, lifting its coil a little, it shouldn’t be a problem.

Cuisinart single burner has a cast iron plate for better endurance, and it works with more watts than the previous one. Also, it’s not sliding all over the place while you are using it.

“On” and “Ready” indicators are separated, which may help you if you need to put something directly on a heated burner. However, you should probably watch out for the “on” light because it’s a little dim.

The thermostat has six settings, which is a pretty wide range for this kind of product. Still, I haven’t noticed a distinct difference between all six of them.

It is a little slower but much easier to clean and more practical for transporting because it has a “coil-less” surface. You won’t have to worry about damaging or detaching the coils when you pack it or move it.

Cuisinart gives you a solid, sturdy product for your money. It allows you to cook on it for hours. You can prepare beans or any other dish that needs extended cooking. This feature may be worth spending a few more dollars because it is a rarity amongst other hot plates.

On the other hand, money spent on this hot plate won’t supply you with an appliance made for canning or pressure cooking. We’ve tried it, and it is simply not strong enough for that kind of food preparation.

So, I repeat, think of the product’s purpose and your needs before buying something. If those two things don’t match, you should consider another type of cooktop.

This electric double burner is another hot plate from IMUSA, and it has practically the same features as IMUSA single burner, only that it has two plates.

The two burners hot plate gives you enough space for heating up two large pans at once, which is useful if you are preparing more complicated dishes. In comparison to others, both plates on this one work with the same number of watts, so you don’t have to think about which one you should turn on if you only need one of them.

Before you start using it, read the manual! This product should not be used for more than 60 minutes in 2 hours period. It is not made for long cooking, if that’s what you need, it’s better to consider other options than to overtax this one.

The right side burner of the one I used wouldn’t turn off until you plug it out. Be careful with it. You don’t want to set anything on fire or meltdown your favorite utensils.

Getting a double burner doesn’t mean a double amount of money spent. In this case, it is cheaper to buy one double burner than two single burners if you’ve decided you need two products. You’ll get a hot plate that works with 1500 watts and allows you to cook more things at once!

When it comes to design, the Aroma hot plate is my favorite. It’s black, thin and elegant. Also, it is affordable and works fast, which is great if you are in desperate need of coffee or any other hurry.

However, you should be extra careful with this one because it has a thermal fuse located near the side of the device. This means you’ll have to maintain at least ten inches clearance around all of its sides to prevent it from overheating and consequently failing. No dishcloths, towels, or anything flammable near the hot plate.

You may think it’s a problem, but the fuse is intentionally made to be sensitive to avoid setting itself and your household on fire. Even if it may seem different, it is not made for self-destruction but self-preservation.

I mentioned it is very fast, but it takes a long time to cool down, so you should leave it in a safe place to get cold before storing it anywhere.

The cover on the burner of the hot plate we tested started to peel off. I’m not sure this happens in every case, nor if it could make some problems, but it makes the appliance look old, used, and damaged.

Money spent on this burner will provide you with diecast construction, compact design, four temperature settings, and the safety feature that I mentioned before.

Cuisinart’s double burner is basically their single burner with the additional 500w plate. This plate has its own “on” and “ready” lights. In case you are forgetful, this is a good reminder to turn off both plates.

Still, plates are placed a little too close together, so you might have a problem putting two larger pots on it at the same time.

It is quick and reliable, and it has rubber legs, so it won’t slide even if you are using it in a moving trailer.

Both burners are strong enough to boil the water, but it is better to use the smaller one for keeping your food warm and other simpler tasks.

My concern about this one is that its cord gets HOT! I do not recommend using it without your full attention paid to cooking because this may lead to unwanted accidents.

Cuisinart hot plate needs about 15 minutes to cool down, which is not an extended period, so don’t risk storing it in boxes or cabinets sooner than you should.

You’ll need to set aside a larger amount of money if you plan on buying this product. However, it seems like a sound investment because it gives you two burners that work with different power. If you, for example, only need to heat up something – turn on the 500w plate and save electricity.

Also, in comparison to its “brother” Cuisinart single burner, this one allows you to pressure cook on it.

The Best Hot Plate I Recommend

After we’ve tried all these great hot plates, the decision time has come.

My and friend, both liked the Aroma Housewares Single Hot Plate the most!

Even if it is a tricky choice, I have to admit I like the thermal fuse situation. It makes me feel safe while using this product.

Also, in comparison to others, this one has the prettiest design, which was vital to my friend. As she says, there will be people watching her using it, so it has to be fashionable.

The only problem is that it has a short cord, but this can be handled with an extension cord.

My final advice is, don’t go with high expectations but give the hot plate a chance; you might be pleasantly surprised!